Lanzarote Christian Fellowship welcomes residents and visitors to the English speaking church service each Sunday. The Minister overseeing  (LCF) is the Rev. Adrian Hallett.  Adrian is a retired Anglican vicar, now living in Costa Teguise, having moved out to Lanzarote with his wife, Hazel, in 2014.

Hazel and Adrian both became Christians shortly after their marriage in 1968.  Within a few years, Adrian was sensing the call to ordination and, in 1978, started training for the ministry at Oak Hill Theological College, North London, where he gained his BA in Pastoral Studies. Ordination followed in 1981 and he then started his curacy at Christ Church, Walshaw, in the Diocese of Manchester.  Towards the end of his Curacy, as a post-graduate student of the University of Manchester, Adrian began his dissertation on a particular aspect of Reformed theology, gaining his MPhil several years later.  In 1984 he moved to a parish in the Diocese of Bath & Wells where he was vicar of Stoke-sub- Hamdon for 15 years.  During his time in this parish, he served as Rural Dean of Ivelchester for 5 years during the 1990’s.  In 1999 he then moved to the Diocese of Truro where he was vicar of Kea until 2005, when he had to take early retirement.

Adrian’s ‘passion’ is to teach and preach the Word of God, believing that it is only as the Word is explained and expounded that Christians can reach their maturity in Christ and unbelievers come to realize their need of salvation through Christ.  ‘The Word of God for the people of God’ perhaps  best summarises the aims and objectives of Lanzarote Christian Fellowship. Adrian, being resident on the island, leads the worship and preaches most Sundays.  The preaching ministry is shared with Bob Nichols, a Lay Preacher for over 45 years, and Dave Wade, a retired Pastor of the Newfrontiers Church.  Both Bob and Dave are regular visitors to the island and whenever present share in the preaching and teaching ministry of L.C.F 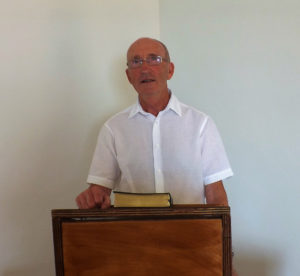 Bob Nichols: “Gill & I come from Birmingham in the U.K. where we both became Christians in our early teens.  I have been a Lay Preacher for forty five years and now help out regularly in churches in and around Cheltenham, where we now live.  We have been coming to Lanzarote for fifteen years, initially to visit our friends, Jo and Ken, who moved to live out here, and whom we knew from our church in Birmingham. During my visits to Lanzarote, it has been my privilege and delight over the years to preach the Word of God in churches based in Costa Teguise, Playa Blanca and now in Tias.  We were thrilled to learn of the launch of ‘Lanzarote Christian Fellowship’ and are very much looking forward to being involved in the church there on our visits to the island, and for me to play my part in the preaching and teaching ministry.  We pray that God will richly bless and build his church in Tias!” 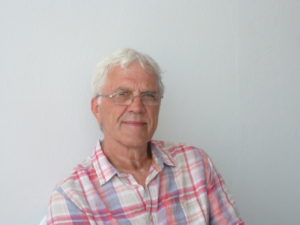 Dave Wade: “Lorraine and I live in Darwen, Lancashire, and we have two children, six grandchildren and one great grandchild. We both became Christians in 1987 and when we realised the truth about Jesus and his dying on the cross – even for us (!), our lives were completely turned around.  We wanted to serve him!

Serving him resulted in our sensing God’s call into the ministry with a particular emphasis on church planting, which led to our becoming part of a group of churches called ‘Newfrontiers’, led by Terry Virgo.

I have been a Pastor for over twenty four years and have been involved in a number of church plants, particularly in the North West of England.  Lorraine and I have also had the privilege of visiting a number of countries, helping to establish and encourage churches in Romania, Germany, Denmark and Estonia. We have been visiting Lanzarote for eighteen years and I have preached in both Costa Teguise and Puerto Del Carmen and we are now both enjoying our links with L.C.F.  We look forward to playing our part is supporting and encouraging the church in Tias and to see God’s kingdom advancing on the island.”